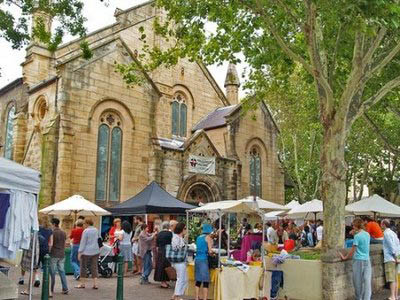 Just 3km east of the CBD, Paddo, as it’s colloquially referred to, is a densely populated one and half square kilometre of Sydney’s eastern suburbs bordered by the beautiful Centennial Park and Moore Parks and the diverse suburb of Darlinghurst and Edgecliff.

The distinctly Australian terrace houses evolved from earlier Georgian and Regency classics to create a historic and cohesive suburb, most of which is of national heritage significance. The main thoroughfare may be Oxford Street but nevertheless there are many side streets and tiny laneways to lure the intrepid away only to discover even more fashion boutiques, pubs and art galleries.

Long regarded as being the place for the artistic, literary and designers to mingle and meet, Paddington holds true to its roots. Sydney’s longest running community market is still held in the grounds of the heritage listed sandstone Paddington Uniting Church every Saturday as it has since 1973. Over the years it has provided a platform for creators such as Lisa Ho, Zimmerman and Dinosaur Designs to introduce their style to the Sydney fashionista. Eastern Suburbs Mums loves LoveDuck for a gorgeous top or dress www.loveduck.com.au

The Berkelouw Book store is considered something of an institution in the literary community stocking a range of new, rare and second hand books as well as having a vibrant café and wine bar. Open until late it’s a great place to stop in after an evening at the Chauvel Cinema, the spiritual home of Australian film culture which screens the best independent and world films and whose architecture boasts a stunning barrel vaulted ceiling with proscenium arch stage.

Further down Oxford Street is the sleek and modern Verona Cinema encompassing a program of art-house, documentary or edgy independent films.

There is many an unusual treasure to find in Paddington. The sunken Paddington Reservoir Gardens, once a reservoir for the Botany Swamps water scheme, built in 1859 and were resurrected and restored in 2008 to create a beautiful outdoor space for all to enjoy. There is a pub on nearly every corner with most offering a variety of everything from bar food to high end dining but be assured that you will get a beer, even a craft beer.

Buses run regularly through the suburb taking the city commuter to work or the weekend warrior to the beach suburbs. Allianz stadium and the adjoining SCG are within walking distance.

Predominantly the Paddington residence is owned by 25-35 year olds and are primarily couples with young children.

It’s a trendy and cosmopolitan inner Sydney suburb, unique with its wrought iron lace balconies, leafy streets and hefty median house price of $1,855,00 – and remember to ensure to buy it with parking! 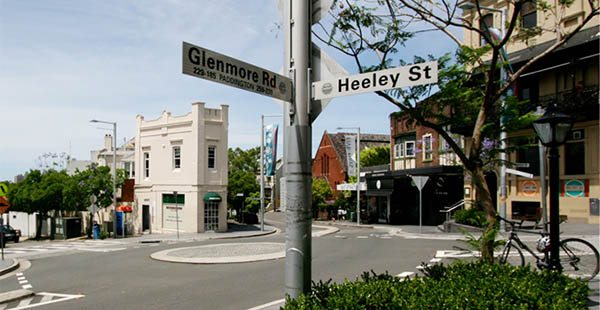