My husband, Jonny, and I were a normal couple living a happy life. We live in the Eastern Suburbs of Sydney, we both work, are married and two years ago we decided we wanted to start a family. We prepared for over six months before we got pregnant. Based on advice, we did every test and pre-pregnancy preparation we thought we needed to give us the best chance for a healthy baby.

On 11 March 2017, our planned for, very loved baby girl was born. We called her Mackenzie and she was pure perfection. I have never felt happier and more at peace with life.

Jonny and I had ten blissful weeks with Mackenzie before our world fell apart. At ten weeks old Mackenzie was diagnosed with Spinal Muscular Atrophy (SMA) type one. We were told it was terminal, there is no cure.

And just like that, our world fell away. It felt like a living nightmare and we couldn’t wake up. We haven’t really woken up from it since that day.

We learned that SMA is a neuromuscular disorder, characterized by loss of motor neurons and progressive muscle wasting, often leading to death. Basically, babies lose their ability to move, swallow and finally to breath. The average age of a baby with SMA is eight months old. 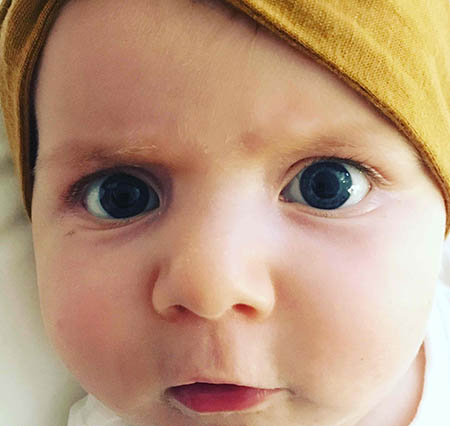 In Mackenzie’s case, we were advised that we had a matter of months to create memories with her. From that moment, we didn’t waste a second.

We had never heard of SMA. Neither had any of our family or friends; however, we soon learnt that it is the number ONE genetic killer of babies under two. But it is largely unknown by anyone, except specialists, because often babies with SMA type one do not live past the age of two.

One in thirty-five people are carriers of SMA!!! Carriers do not have symptoms but, if two carriers have a baby, there is a one in four chances of each baby being affected by SMA, and a two in four chance of a baby being a carrier themselves. Why hadn’t we ever heard of SMA?

A recent study by Murdoch Children’s Research Institute shows that if you combine the levels of SMA, Cystic Fibrosis (CF) and Fragile X Syndrome (FXS), one in twenty people carries one of the disorders. In addition, the prevalence of the three disorders is comparable to the prevalence of Downs Syndrome!! In Australia, we routinely test for Down Syndrome, we should routinely test for these recessive genetic disorders.

SMA may not be curable but, right now, but it, as well as CF and FXS is 100% preventable through pre-pregnancy or early pregnancy genetic testing of the prospective parents. Just get a doctors referral and they will send you a saliva kit in the mail https://www.vcgs.org.au/tests/prepair

On 18 October 2017, Mackenzie suddenly fell ill with a cold. After four days for life at Sydney Children’s Hospital we watched our little baby pass away.

* for more information on Genetic Testing, Mackenzie Story, our Genetic IVF journey and SMA please visit my blog mylifeoflove.com or