Celebrate the best of movies this summer at Moonlight 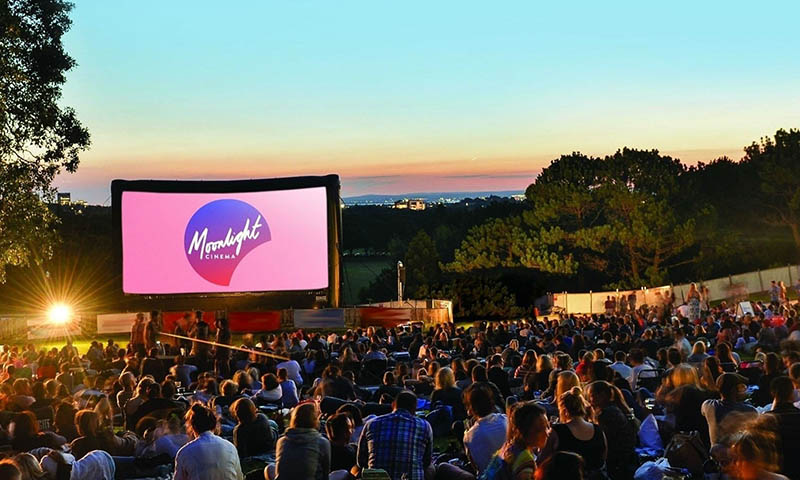 It’s January and summer so perfect for outdoor Moonlight Cinema with tickets on sale now for the ultimate summer experience under the stars.

Returning to picturesque Centennial Park in Sydney,film-fanatics across the country can recline on a plush bean bed under the stars or unfurl a picnic blanket and unwind amidst the lively festival atmosphere.

The huge program includes screenings of top picks for Awards season; Joker, Ford v Ferrari, A Beautiful Day in the Neighborhood and Bombshell, Fan favourites; Dirty Dancing, A Star Is Born, The Matrix, Bring It On, Family-friendly films; Frozen 2, Jumanji: The Next Level, The Addams Family and fierce female led comedies; Charlie’s Angels and Hustlers. 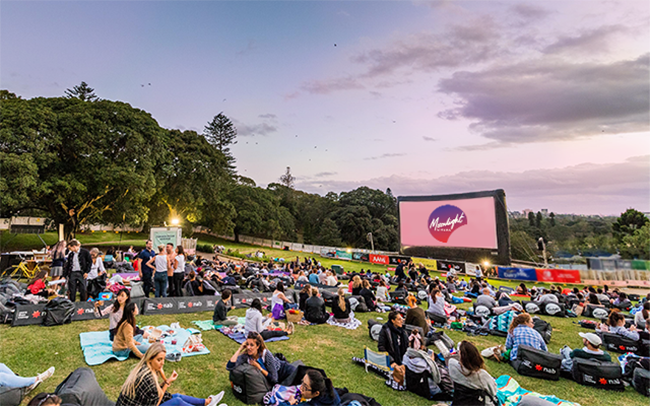 Check out some of the highlights of the January program:

MUST-SEE FILMS OF THE SUMMER

Films based on fascinating true stories include: Ford v Ferrari, starring Matt Damon and Christian Bale, chronicles the legendary story of an American car designer’s mission to build a revolutionary race car for Ford; and Bombshell, starring Margot Robbie, Nicole Kidman and Charlize Theron, which explores the explosive true story of the women who brought down Fox News head Roger Ailes and the toxic environment he presided over at the network.

For those looking for a night of certified cinematic splendour, look no further than Moonlight’s array of fan favourite features including: iconic date night flick Dirty Dancing, megahit musical The Greatest Showman and 20th year anniversary screenings of mind-bending classic The Matrix and cult teen comedy Bring It On.

Celebrate under the stars with the whole family at one of Moonlight’s hotly anticipated kid friendly films including: Frozen 2 which sees the beloved original cast reunite on an intrepid journey to find the origin of Elsa’s powers and save their kingdom; Jumanji: The Next Level, chronicling the gang’s return to Jumanji to rescue one of their own and escape the world’s most dangerous game; and relive the magic of The Lion King while the sun sets around you.

Whether you’re after a night of flawless family entertainment, a carefree catch up with your closest mates or a sizzling first date, Moonlight Cinema is the quintessential summer experience. Recline on a plush bean bed under the stars or unfurl a picnic blanket and unwind amidst the lively festival atmosphere.

As a BYO* event, Moonlight gives you the freedom to create your perfect outdoor cinema experience. Prepare a picnic of charcuterie or feast on your favourite sweets – you can do it all at Moonlight! Unable to assemble the sumptuous banquet of your dreams? Don’t fret, Moonlight has you covered with an array of onsite food trucks which have a licensed bar and a tantalising selection of hot food.

Take your night to opulent new heights with Moonlight’s Gold Grass! The exclusive package includes a revamped selection of luxurious bean beds in a premium
viewing location where waiters will take your order.

Tickets for this starlit summertime experience are on sale now at www.moonlight.com.au

*BYO alcohol is not permitted at Brisbane’s Moonlight Cinema.