Babies are so amazing! 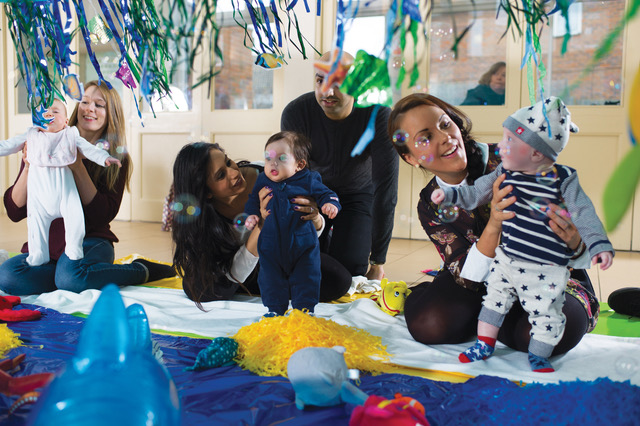 Babies have an amazing capacity to learn, but because parents  may not know what to look for, skills and capabilities may go  unnoticed. This article reveals just how incredible babies are  and offers parents a significant and remarkable opportunity to  enjoy the learning potential of their baby from birth.

One of the most exciting advances in recent decades has been the discovery that babies  learn before they are born. Even more amazing is the fact that during the first year,  babies learn more than at any other time in their lives. By the first birthday, the baby’s  brain has doubled in volume as a direct result of the trillions of connections made  between brain cells. This is why it is so important to introduce a rich variety of sensory  experiences whenever the baby is alert and ready to play. 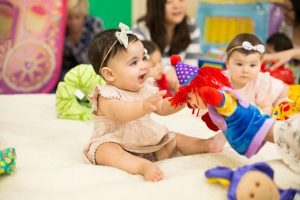 It is hard to believe that the foetus has the capacity to learn about the outside world  before birth. However, with the benefit of ultrasound and non-invasive techniques, foetal  reactions to the multitude of different sensory stimuli that echo or pass through the  womb can be monitored and assessed.

What does the unborn baby hear?

Hearing is the easiest of the senses to assess. Modern ultrasound scanning has shown  that in the second trimester, the foetus responds with rhythmic swimming or kicking  movements to sounds and vibrations from the outside world. We have all seen how  newborn babies turn their heads in the direction of a sound, but the foetus already  displays this skill.

In the last trimester, the foetal brain busily processes the rich orchestra of gurgles,  swishes, and beats that can be heard through the amniotic fluid and the sense of hearing  becomes increasingly refined. It is perhaps not surprising that the sense of hearing is  remarkably well developed at birth. No wonder the rhythmic sound of the vacuum  cleaner or washing machine soothes and settles the newborn baby

Music plays a significant role in foetal development. In the third trimester (and possibly  sooner), the foetus forms a memory of the sound patterns that echo through the womb  and reacts with exquisite sensitivity to new rhythms and tones. If the mother relaxes to a  favourite song, it will have an immediate and calming effect on the unborn baby. Even  after birth, hearing a familiar tune can settle and soothe a fretful baby.

There is some evidence to suggest that classical music penetrates the wall of the uterus  more easily than pop or rock music. However, Mozart and Bach have sound patterns of a  frequency similar to the mother’s voice, which is probably the reason why newborn  babies appear to express a preference for these composers.

It is hard to believe that the foetus is tuned in to the rhythms and patterns of language  before birth. The foetus listens to the mother’s voice and recognises differences in the  length and style of sounds that make up words and sentences. Tuning in to conversations  is an important step in later language development. Hearing the intonations and patterns  of other languages can also instigate an immediate reaction in the foetus. The foetal  heartbeat may quicken, and kicking may become more vigorous.

Incredibly, babies are born with the ability to distinguish every one of the individual  speech sounds that make up the entire range of human languages. However, it is the  special sound of the mother’s voice that plays a vital role in the bonding process when  the mother and newborn meet for the first time. 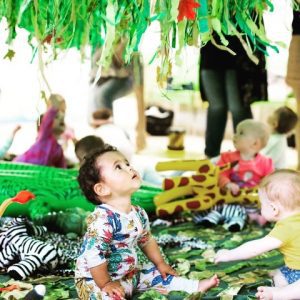 As early as 25 weeks gestation, the eyelids open and close and at 33 weeks, the foetus is  sensitive to changes in luminosity. Bright light filtering through the wall of the uterus  offers a new sensory experience, and the foetus may respond with active kicking.

The response to light shows that vision and eye muscle coordination are developing even  in the darkness of the womb. Contrasting shapes and forms may also be seen in the  womb in preparation for a preference for looking at faces, face-like objects, and round  shapes that contrast with the background such as the mother’s nipple and the mother’s  eye. Mutual eye gazing builds a deep bond of connection and emotion between the  mother and baby from birth

Foods, vitamins, and minerals needed for growth and development pass from the  mother’s bloodstream into the foetal bloodstream. At the end of the first trimester, the  taste buds have developed, and the foetus can tell if the amniotic fluid tastes bitter, sweet,  or sour. This is the beginning of taste preferences for certain foods, which the baby may

later recognise in breast milk. Indeed, if the mother dramatically changes her diet, the  baby may refuse to feed as the taste will be unfamiliar.

Amazingly, the foetus makes associations between the taste of a substance and the effect  it has on her mother. For example, if the mother drinks a strong cup of coffee, the  maternal and foetal heart rate will increase. Even more surprising is the fact that the  foetus responds in the same way to decaffeinated coffee. The association between taste  and a specific physical response suggests that the foetus responds to sensory stimuli in  the womb.

The brain registers the many different chemical compounds that pass through the  amniotic fluid or flow through the capillaries of the nasal mucosa. The olfactory bulbs  that govern the foetal sense of smell continue to grow after the birth.

After birth, the sense of smell strengthens the bond between the mother and newborn.  Research shows that the baby and mother recognize each other based solely on scent.  The newborn is extremely sensitive to specific odours such as the smell of breast milk,

the mother’s perfume or the smell of a comforter, special blanket, or soft toy, which  provide psychological comfort and security. By the end of the first year, the baby can  recognise more than 10,000 different odours. Pleasant smells such as the mother’s scent,  fresh flowers or the aroma of a cake being baked can boost the immune system and  make the baby feel happy. 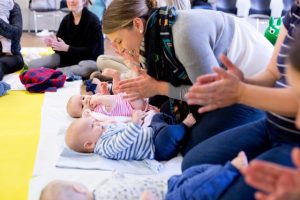 What does the unborn baby feel?

As the foetus becomes increasingly attuned to the outside environment, changes in the  mother’s emotions can trigger complex physical responses. When maternal stress levels  rise, the foetus may become agitated and unsettled. When the mother’s endorphin levels  rise, the foetus may experience a sense of calm and contentment. Chronic stress-related  experiences in the womb may be indelibly imprinted in memory after the birth.

Do babies play inside the womb?

Life inside the womb can be very stimulating and there are plenty of interesting things to  discover. The umbilical cord and the hands and feet act as ready-made play things which  enables the brain to form an early sensory map of the body.

The foetus also sucks the thumb and in so doing, the tongue registers in fine detail size,  smell, taste, texture, and shape. Thumb sucking prepares the newborn for feeding, so it is  probably no surprise that babies seem to know exactly what to do when they first meet  the nipple. The baby’s mouth has more nerve endings than any other part of her body. It  is through mouthing that the baby becomes familiar with the sensory world.

The foetus even responds to simple interaction games with the parent. For example, if  the mother gently exerts pressure on her abdomen, the foetus may reciprocate with  vigorous kicking movements. Such experiences play an important role in preparing the  baby’s brain for the explosion of learning that takes place in the first year of life. 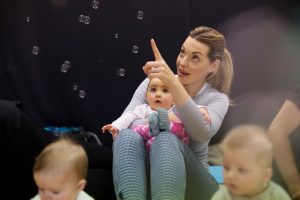 From the moment of conception, the foetal brain undergoes rapid change. Every minute  thousands of new brain cells are formed. By the seventh gestational month, the process  of brain formation is almost complete, and the foetus possesses over 100 to 200 billion

brain cells. The brain continuously prepares the unborn baby for life in the outside  world. It is amazing to think that the newborn has already acquired an incredible store of  knowledge gained from experiences inside the womb.

The newborn’s brain already functions better and faster than the most sophisticated  computer. If each layer of the brain were unfolded, it would probably cover the area of a  football pitch. Billions of brain cells (neurons) fire several hundred times per second  sending electrical impulses from one neuron to the next, like a huge international  information exchange system receiving and sending signals. Over time, the brain  progressively fine tunes some of the electrical pathways, with primitive reflexes such as  the rooting reflex being dispensed with, and the pathways that govern speech and motor  coordination being retained.

It is during pregnancy and the first year of life that the brain constructs the foundations  of the baby’s intellectual future. After the birth, the baby structures the brain as a result  of the multitude of experiences encountered. Every time the baby hears, sees, smells,  tastes, or feels something new, neural connections form and strengthen between the  brain cells. No wonder babies spend so much of their time sleeping!

Research has revealed the extraordinary abilities of babies. It has also shown that  experiences during pregnancy and in the first year of life profoundly influence  intelligence, creativity, language, memory, reasoning, problem-solving, and incredibly,  later reading and math skills. Everything the baby experiences in the womb and after the  birth will affect the growth and development of the brain and form the foundation for all  future learning. That’s why it is so important to provide the best conditions for learning from conception to the end of the first year of life. 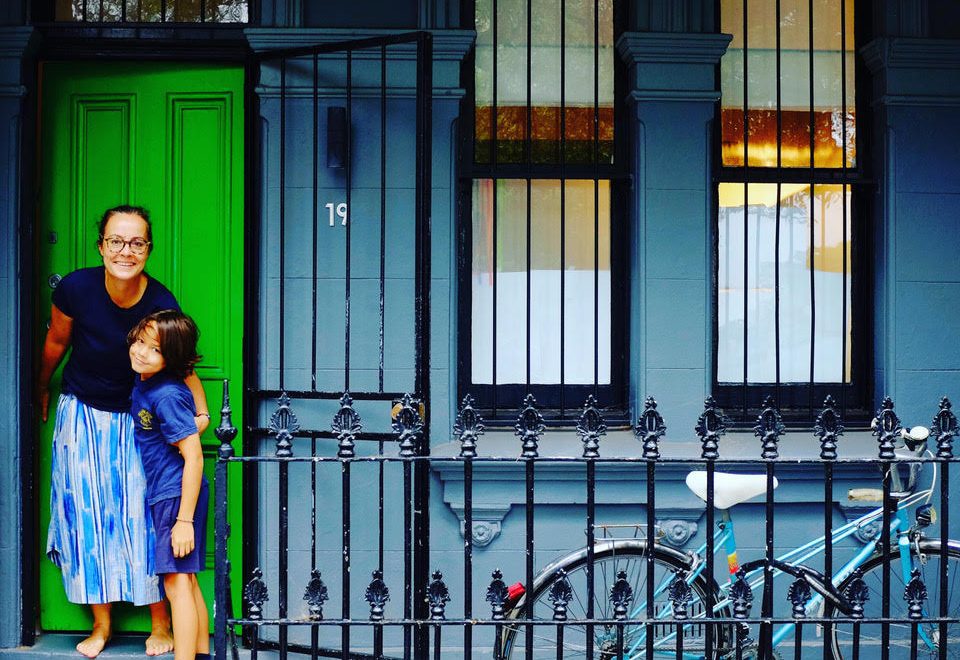