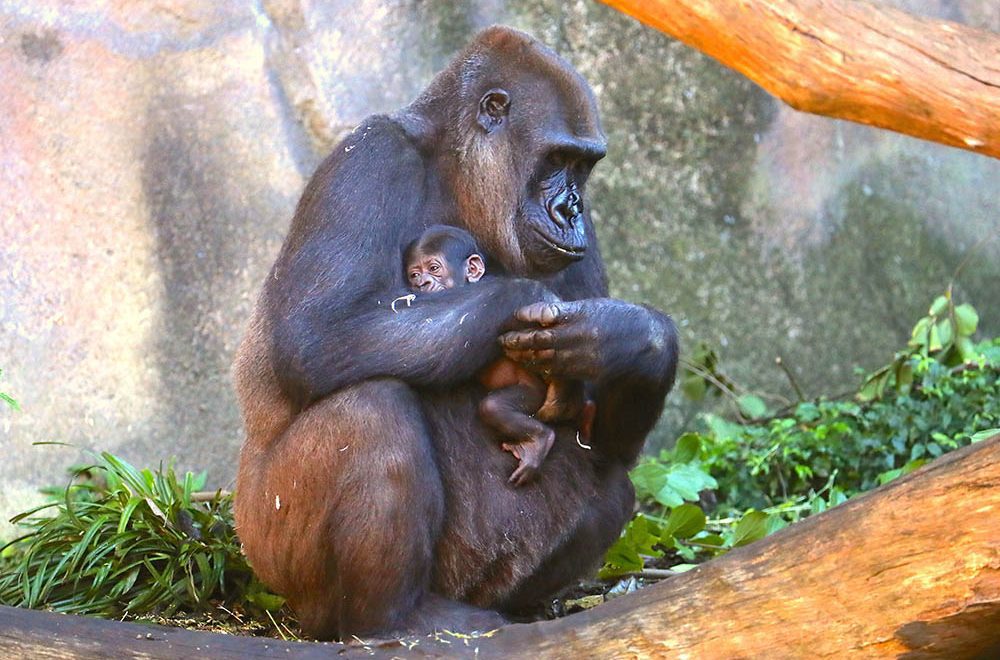 The baby Gorilla, which is yet to be named, was born on Thursday 6 June to experienced mother Frala, and was sired by Kibali. Both mother and baby are doing well despite the cold weather, with Frala nursing her newborn both in the Gorilla exhibit and the dens which she has access to.

“This is Frala’s ninth baby, so she is a very experienced mum, and although she is nursing the baby close to her chest, it won’t be long before she encourages the baby to ride on her back. Her baby is drinking her mother’s milk really well, and we’re very happy with her success,” said Keeper Amy.

“The baby brings our Western Lowland Gorilla troop to a total of eight individuals, which includes the young and playful Mwamba who was born in 2017,”
Keeper Amy said.

Frala and her baby can be spotted throughout the day, with a Gorilla Keeper Talk scheduled every day at 2:30pm. 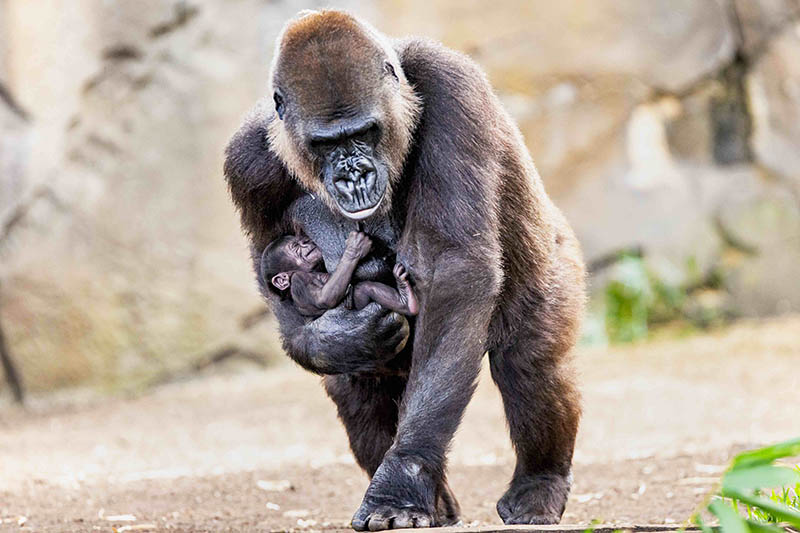 Western Lowland Gorillas are critically endangered in the wild, with as few as 300,000 estimated remaining in African jungles across the Republic of Congo, Central African Republic, Angola, Cameroon and Gabon.

Their greatest threat is habitat loss due to coltan mining, a mineral found in mobile phones worldwide. To help reduce the pressure on Gorilla habitat, Taronga is working with the Jane Goodall Institute Australia and encourages guests to recycle their old mobile phones at Taronga Zoo Sydney during their experience, or by signing up at Taronga.org.au.

Frala’s baby joins other adorable baby animals at Taronga Zoo Sydney ahead of the winter holidays, including the three playful Sumatran Tiger cubs who have become more confident and playful in the months since their debut.