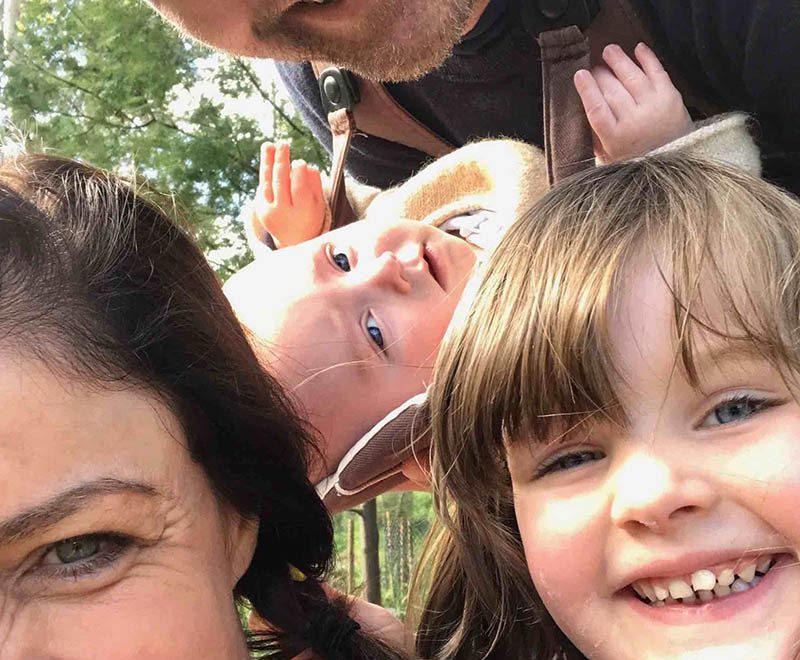 Since 2014. I moved to Tamarama from New Delhi: quite the decompression. My wife Kim has lived in the area a long time, and the kids were born here, so it feels like home.

Marks Park in Tamarama (despite the missing apostrophe). The kids love it there, and visitors are always blown away by the view.

Tamarama – it’s just a gloriously beautiful beach, in almost any weather, at any time of day, all year round. Going to Tama feels like escaping Sydney, but it’s six kays from the middle of town. McKenzie’s round the corner is a little hidden gem too. Kim and I are clubbies at the surf club at Tama, so we spend a lot of time there. It’s almost impossible to go to that beach and not see friends.

M Deli tolerates my ill-behaved children with a patience that would test a saint.

What are we? The Obamas? Actually, we snuck out recently to the Opera House to see Tim Rogers and his rockstar mates perform The Beatles White Album. It was glorious.

I love Patrol 12 at Tamarama Surf Club. They are wonderful men and women, and spending Sunday afternoons patrolling with them is a joy for the ages.

The kids adore Centennial Park: and it is a masterful piece of city planning. There’s so many shades and colours to that place, we never get sick of exploring it.

Tin Pin Bakery on Bondi Road. Baked goods are a thing in our family. A significant portion of my weekend days are spent waiting for Molly as she ogles the display window, weighing up her options.

My kitchen. Watching a storm roll in over the ocean I find mesmerising.

Describe an ideal day in Sydney’s eastern suburbs for you?

Not leaving! (largely in order to avoid Bondi Road). It’s one of the things I love most about this place, it really does feel like a little village attached to Sydney – the Independent Shiny Happy People’s Socialist Worker’s Republic of Bondi (though not especially socialist). Everything one could want can be found in the neighbourhood. As a general rule, a good day is one where I can get to the beach.

It’s the first day of Spring as I write this, I got a cheeky surf in and found a croissant that had inexplicably been overlooked by my family (see answers above). Today is shaping up pretty well.

The Malabar peninsula. It looks spectacular, but there’s always shooting going on and I don’t want to get shot. I find it hard to fathom there’s not a stronger push to open this up to more of the community more often.

Work or Stay at home parent?

Which would I like? I work, I’m a correspondent for The Guardian newspaper, but about to take a sabbatical to study in the UK.

What does Father’s Day mean to you? What are your tips for fatherhood for local dads?

Don’t listen to the mountains of (terribly well-intentioned) advice you will inevitably receive (including this): instinct is good with children.

Oh, and put your phone away when you’re with the kids, they are deeply intuitive creatures, and know when you’re not fully present.

Listen to no-one (including me) – but trust me on the phones thing.