Events, Kids, What to do

GET THE KIDS MOVING THIS SCHOOL HOLIDAYS

One of the biggest challenges modern parents face is finding ways to tear kids away from devices, reducing seemingly endless exposure to social media, gaming, YouTube and Netflix.

Eastern suburbs duo Sebastian Pain and Ben Vengoa are coming to the rescue of parents who find it impossible to encourage their children to get outside and be active. Their one-day and two-day action packed Motiv8sports camps, run during school holidays at Maroubra’s Heffron Park, are designed to tickle the fancy of even the most dedicated couch-loving, technology-addicted, television-obsessed children.

The super-charged, cleverly planned camps expose kids, no matter their natural propensity for outdoor activity, to the joys of moving, teamwork, comaraderie and inclusivity.

“Even kids who might arrive at the start of the camp feeling disinterested and even upset at having to stay, are quickly engaged. We love seeing quiet, withdrawn or shy kids come out of their shell and that is often what happens throughout the course of these camps,” Seb says.

Seb says he and his brother-in-law, Ben, both have a life-long love of sport. Ben has a background in professional rugby and owns a gym and Seb says he has always been actively and passively involved in sport, watching and participating whenever possible. But he acknowledges not all kids are naturally interested in physical activity. Many parents find it hard to encourage their children to participate in sport, especially if the child feels they’re not good at it. 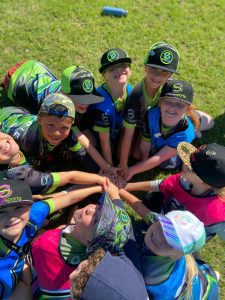 Motiv8sports camps are all about turning that around.

“Our games and challenges are really cleverly designed so that there is something for everyone,” Ben says.

“We see kids that may not play organised sport ordinarily and often they are the ones that might feel like they don’t fit in because organised sport doesn’t really allow for everyone to be involved.  It is more competitive, kids who are naturally good at sport will be the ones who are most engaged.

“But this is different. We make every camper feel like a rockstar. We have a range of sports and games and they’re all designed to tap into different things. If a child is not good at one activity, they will shine in another area and that is the real beauty of these programs.”

He said the program included a lot of elements which made it easy for kids to let their guard down and just have fun without thinking too much.

“We get them dancing and doing challenges and we focus on getting them revved up and involved. We go out of our way to make sure everyone is having a good time.

“For kids that might otherwise be stuck at home, inside playing video games, there is a lot to gain.”

He said another great aspect of the camps was that kids made new friends, outside of their normal school and social circles.
“It is all about getting them out of the comfort zone and we see a change in them from the start of day one to the end of day two and that’s what we are all about and it is very rewarding for everyone.

Seb says Covid19 has had a big impact on kids, not just contributing to the problem of increased screen time, but also reducing the opportunity for social development. “What we have seen during the last covid lockdown was that kids were just missing out on so much personal development,” he says. “And that’s another big benefit of these camps. Now, more than ever before, is the perfect time to help kids get out there and build connections and develop and make up for lost time.”

Camps are suitable for primary school children starting from kindergarten up to year six. At the start of day one, the rules of the camp are explained, including zero tolerance for bullying. Campers are split into teams, each group is given an identity based on the theme of the camp.Coaches, who also take on characters, work with each group to help them complete challenges to accumulate points. “Basically we run various games and challenges and we work every which way possible to get everyone involved. It’s all about racking up points,” Ben says.The overall winners are announced at the end of the camp. “That is always a massive announcement, the noise is incredible, the cheering and excitement, is all part of it.”

Join the fun, Watch the video.

One day Christmas Party camps are scheduled for December 17 and December 23. 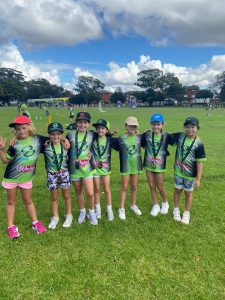 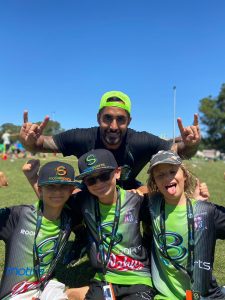 Parenting
How to help your teen prepare for the HSC Food
Tim Fresh, From Our Kitchen To Yours.