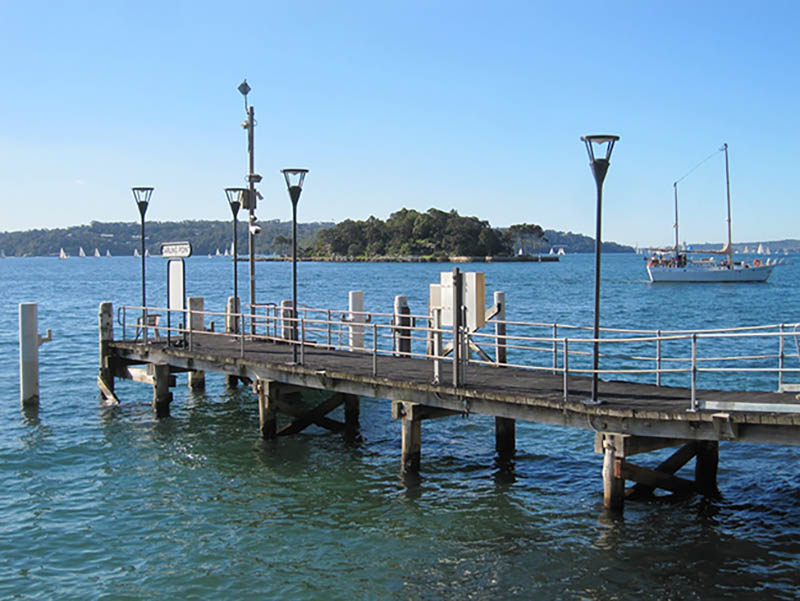 Surrounded by Double Bay, Edgecliff and Rushcutters Bay, Darling Point is renowned for being one of Australia’s most prestigious and expensive real estate suburbs. Being 4km east of the CBD, with some spectacular harbour and city views and having access to great public transport, Darling Point is a desirable location for the single professional city worker who make up 59% of the demographic profile of the area.

Darling Point is the home to some of Sydney’s landmark heritage houses including The Swifts, Carthona, Bishops Court and Babworth house. Some of these homes have been divided into high end apartments, private homes or owned by the National Trust and open to the public. Lindsay is one of these grand residences owned by the National trust and was used by the first governors of NSW. Built in 1834, this graceful Georgian home was one of the first built in Darling Point. Now open to the public for tours or hired for functions it also plays host to a divine Christmas fair here annually – ensure you leave room for the Devonshire Tea!

Another historic landmark in Darling Point is St Mark’s Anglican Church finished in 1852 and modelled on the Holy Trinity Cathedral in England, this beautiful church has played host to many a celebrity wedding including Sir Elton John’s first marriage and was the setting for the wedding in the film Muriel’s Wedding. Woollahra Council has imposed strict height restriction around St Marks so that it remains a focal point of the area. There is a small co-ed pre-school within the church grounds for 3-5 year olds which is affiliated with Cranbrook School.

Darling Point has three main parks and a reserve – McKell Park which is located at the end of Darling Point Road sits on the harbour foreshore. The park comprises grassed landscapes and terraces and has a public ferry wharf as well as Canonbury Cottage which may be hired out for parties and events. Yaranabbe Park which runs along New Beach Road with beautiful views, a small out door gym and is pet friendly – perfect for dog walking and exercising.

Rushcutters Bay Park is the largest park in the area and is located on the corner of Bayswater Road and New Beach Road. Here you’ll find a playground, café and large field for ball sports. Watch the yachts bob in the marina while you enjoy a leisurely picnic and game of cricket. Sir David Martin Reserve sits between Rushcutters Bay Park and Yaranabee Park and is home to buildings and structures such as The Cottage, Drill Hall and Sail Loft to name a few. Great locations for watching the New Year fireworks!

Nearest shopping centres are in Edgecliff with supermarkets, speciality shops and cafes.

These parks are beautiful venues to take in all that the beautiful Sydney Harbour has to offer.

The Cruising Yacht Club of Australia was established in Darling Point in 1944 and has a reputation as being one of the leaders in ocean racing in the country. The club is best known as the host of the famous Sydney to Hobart Yacht race held annually with the start on Boxing Day.

Darling Point falls within the school catchment area for Double Bay Public School. It is also within close proximity to the exclusive schools of the City and the Eastern Suburbs. It is renowned for its desirable and very expensive real estate with the median house price at $5.9 milllion and units prices at $1.8 million (August 2016) it is easy to see how it is regarded as one of the most exclusive and prestigious suburbs in Australia.

For more information for buying and selling the east contact the team at www.buyeast.com.au