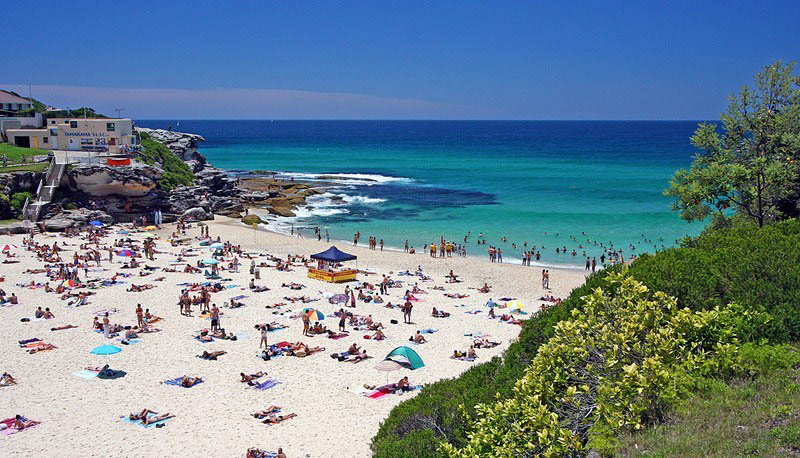 Tamarama is a small ocean beach about 1km from Bondi and few hundred metres north of Bronte.

Referred to by locals as “Glamarama” this is the place to see and be seen! Great for swimming, surfing and sunbathing Tamarama also offers an adjacent park which is a popular spot for picnics and exercise. But be warned, this small, easterly aspect zone of deep water beach is considered one of the most dangerous patrolled beaches in NSW. The Surf Life Saving Club, which was one of the first lifesaving clubs in the world, boasts an enviable record of not having lost a single life to a mishap in the surf whilst it is patrolled in over 100 years.

Tamarama, originally known as Dixon Bay and derives its name from the original aboriginal name “Gamma Gamma” meaning storm. Step back in time to 1887 when Tama was the site of Sydney’s first coastal amusement park. The greatest attraction was the plunging roller coaster that dived and twisted over the beach. In 1906 the park was bought and renamed Wonderland City. After a few years of low crowds, Wonderland was closed in 1911; in 1920 the NSW Government bought the area and it is now Tamarama Park, one of the most significant beach reserves in the area. There is still a Wonderland Avenue in Tamarama which overlooks the beach and the park.

Tamarama Beach is not easy to access and parking is limited to street parking around the area, so often it’s a good idea to get public transport or park at Bronte and walk around – but take pram with little ones. The ever popular Sculpture by the Sea exhibition is held for 3 weeks in October along the coastal walk and this large plot of sand plays host to up to 13 of some of the more spectacular sculptures. It is free to the public and accessible 24 hours a day. Thousands of people are attracted to the Bondi to Tamarama coastal walk to view over 100 sculptures.

In recent years, Tamarama has had a facelift with a new beachside cafe – Tamarama Kiosk, public changing facilities and picnic area installed.  The play ground in the park area was also upgraded and has some good equipment for older kids but not so much for the younger ones, but there is good picnic tables and sheltered huts. 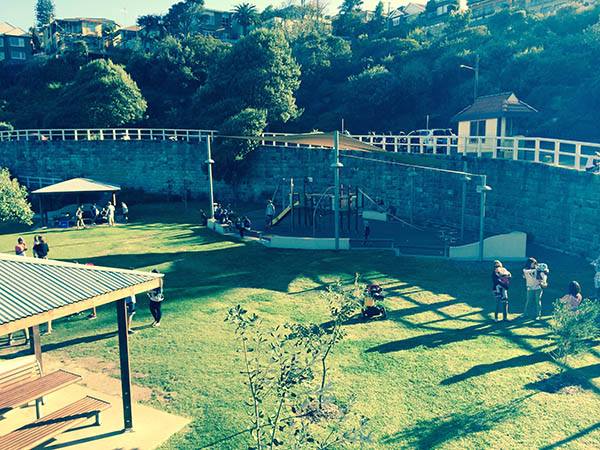 A dense ridge-top of residences encloses the park on three sides – the design of some of these homes is such that they appear to be suspended above the park.

Tamarama is divided into two public school zones – Bronte Public School to the south and Bondi Beach Public school to the north. The dividing line is Birrell Street. It is however within close proximity to numerous Catholic Primary schools and private high schools in the East.

Tamarama relies on neighbouring Bronte and Bondi for its commercial aspect and is therefore mainly a residential area with properties in high demand and their prices reflecting this. The median house price for 2016 is $3,550,000, and the median unit price $1,400,000. Top prices achieved in the area for 2016 for coastal properties between $6,500,000 and $13,000,000. Demographics of the area are young families and maturing couples and families.

For more info on buying or renting in the eastern suburbs contact Buy East www.buyeast.com.au