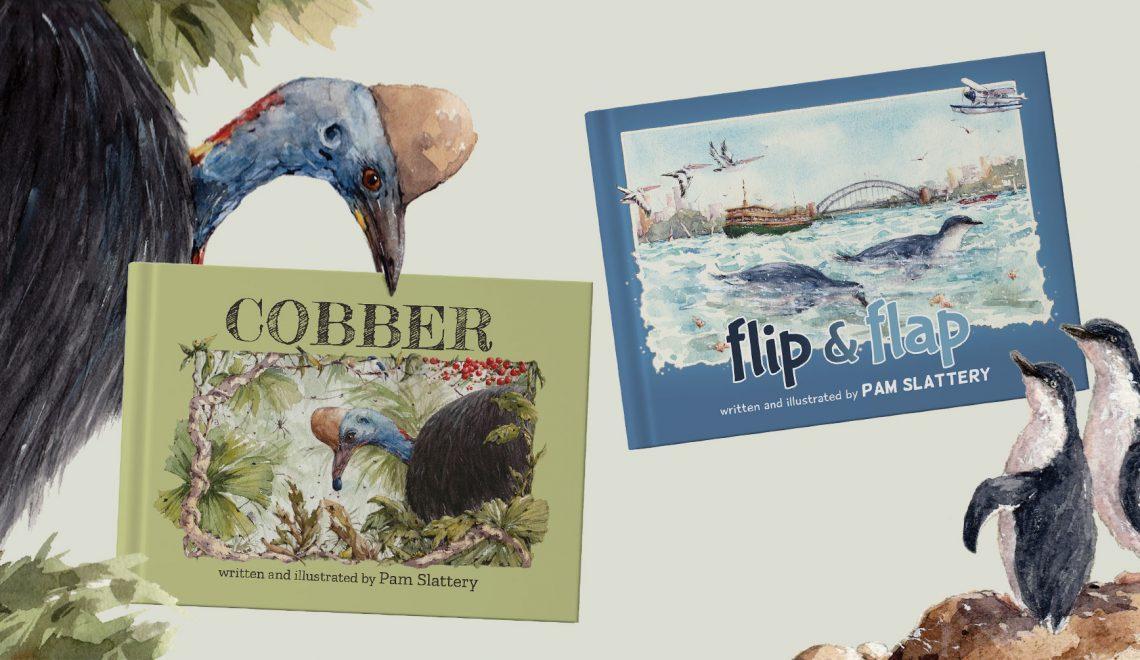 Sydney’s Little Penguins at Manly are classified as endangered and are the last breeding colony on the NSW mainland.  In less than 8 years, the number of breeding penguins has dropped from 140 to 46, with more than half the fatalities caused by predators, boat strikes, or penguins becoming entangled in fishing lines and hooks.

Flip & Flap is a newly released children’s picture book by Australian artist and author Pam Slattery, and is suitable for ages 3 – 7 years.  The idea for the book germinated in 2005 when Pam was a resident of Sydney’s Eastern suburbs.  She worked in Paddington and was fortunate to be living right on the harbour at Point Piper.  It was from her “front row seat” that Pam was able to study the Little Penguins and see first-hand all the dangers that they encountered in Sydney Harbour. At that time there were estimated to be only 46 breeding pairs in the Manly colony. 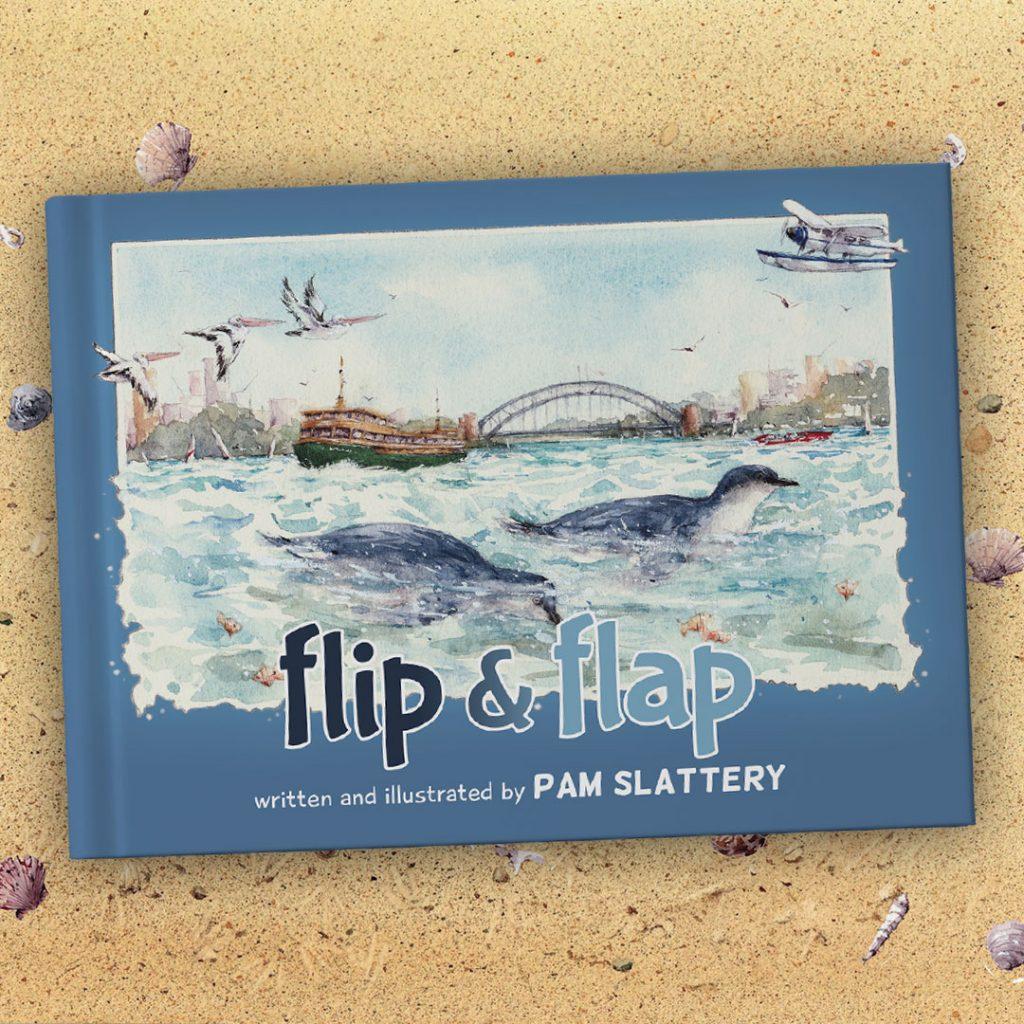 The harbour was busy back in 2005 and it is even busier today, with myriad watercraft utilising its waters.  Little Penguins are constantly in danger and forced to dodge ferries, jet boats and floating garbage in order to survive.  This book tells the story of two Little Penguins who leave the safety of their colony and head out into Sydney Harbour.  They soon realise that the city is NOT the place for penguins as they encounter many dangers on their journey. The aim of the story is to bring an awareness of how marine creatures can be affected by humans, floating garbage, marine craft and domestic animals.

Pam cares about birds and the preservation of Australia’s wildlife, and together with Brisbane based publishers, Boolarong Press, she has teamed up with the Foundation for National Parks and Wildlife (FNPW) whereby a portion of the profits from sales of Flip and Flap will be donated to assist in the protection and preservation of Sydney’s Little Penguin population. The FNPW funds the Manly Little Penguin Program to manage this endangered population. Funds go towards monitoring of the Little Penguin population, provision of resources for volunteers and educational activities. 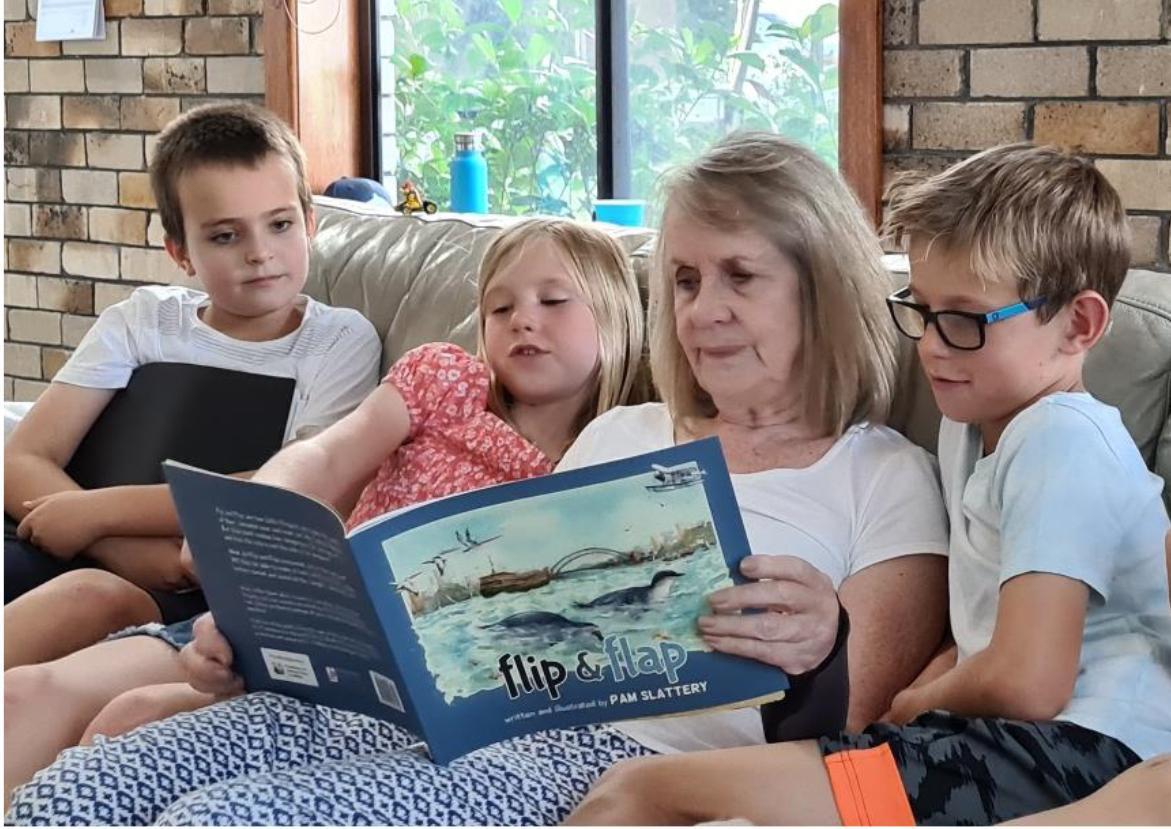 HOW CAN WE HELP SAVE THE LITTLE PENGUIN POPULATION?

In the past there have been many attacks on penguins by foxes, and domestic dogs but penguin habitats are now receiving greater protection through stricter controls of activities in areas where they build their nests, raise their young and feed.

As a keen birdwatcher and photographer, Pam has included birds in her work since the start of her art career in Cairns, Far North Queensland in 1980. She was represented by several galleries in Cairns and Port Douglas, has had several solo exhibitions and been part of many joint exhibitions. 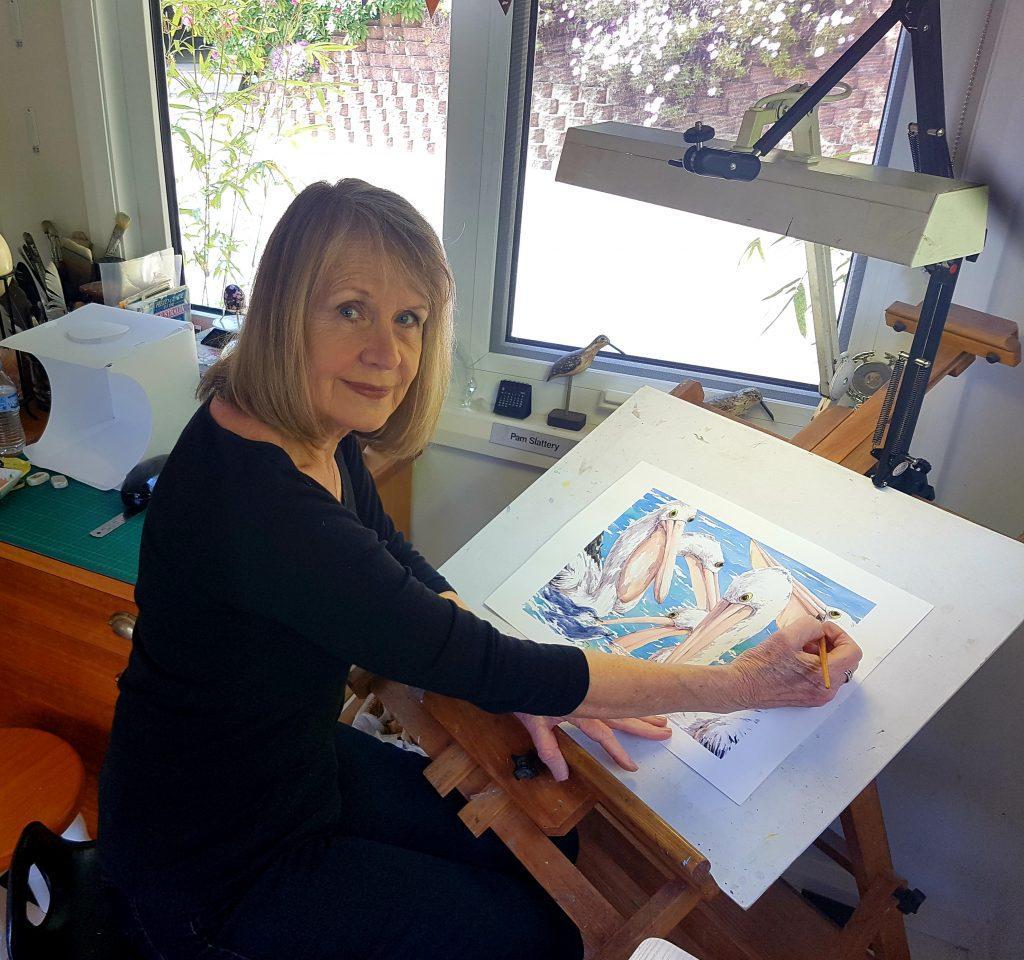 From 1999 – 2001 Pam was an artist-in-residence at the Radisson Treetops Resort, Port Douglas and at Silky Oaks Lodge, Mossman, Queensland, where she spent weeks at a time living and painting in tropical beach and rainforest surroundings.   Her first book, Cobber, which was inspired by her time living in Cairns, was published in 2020 and featured another of Australia’s endangered birds, the Southern Cassowary.

All the illustrations in Flip and Flap, and Cobber are painted in watercolour, which is Pam’s favoured medium.  As well as painting larger works, Pam also paints miniatures and is a member of the Australian Society of Miniature Art (NSW) Inc.

Pam has won many awards during her 42-year art career.  Her paintings have been selected twice for the prestigious Birds in Art exhibition at the Leigh Yawkey Woodson Art Museum in Wisconsin, USA, and both paintings were purchased by the museum as part of their permanent collection.

In 2016, Pam moved to the Southern Tablelands of NSW, where she paints and writes from her studio on the outskirts of the historic village of Burrawang. 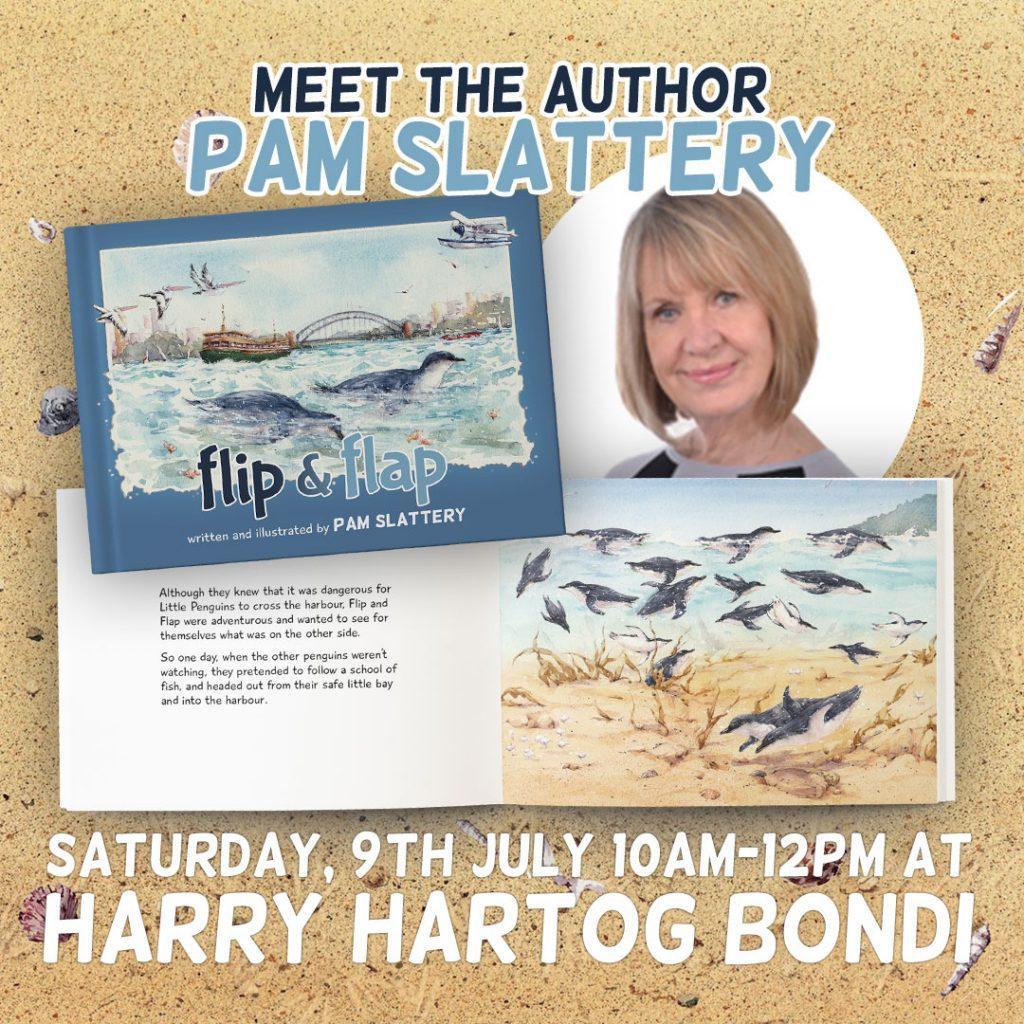