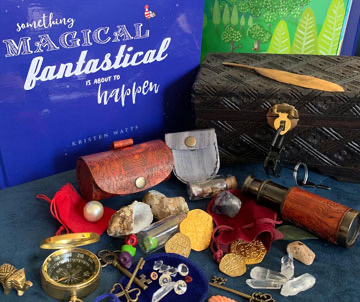 If there’s one thing that defines quality of life, it is hope.

The world is so much rosier when the impossible seems, well possible….and there’s a chance something magical could happen, despite the odds or the challenges that lie ahead.

Something Magical Fantastical is so much more than an interactive children’s book and a boxful of awesome, mystical, intriguing treasures. It is a bundle of hope and inspiration. A vital reminder to little minds that anything can happen –the only magical ingredient is belief.

The book is the story of Horacio, a young boy who misses his dearly departed Pop. When Pop mysteriously appears in the middle of the night, he gives Horacio a magic telescope, a feather and a mysterious note.

When Horacio wakes he is on a boat with unlikely pirates and he travels the world with them as they visit exotic lands to dig up their hidden treasure. At every stop they share a piece of their haul with Horacio.

But when Horacio finally realises there is no place like home, a magical bird promises to grant his wish, provided he hands over his treasure to a very worthy recipient.

That’s when things gets exciting! The reader is asked to solve a puzzle hidden on the pages of the book and the answer unlocks a video message from Horacio himself. Horacio then directs the reader to the location of the treasure. A beautiful locked box filled with all the mementos from his trip.

Inside the box is Horacio’s beloved leather bound telescope, his brass compass, a REAL ruby, a break your own geode, coins, crystals and assorted other curiosities and treasures from the earth. 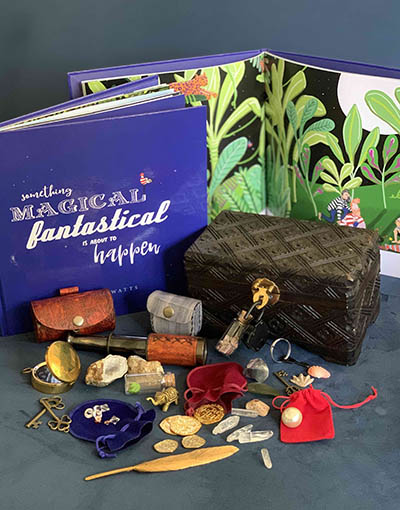 This is a keepsake, something kids will treasure and return to over and over. The contents of the box have been carefully curated to inspire wonder and to inspire a love and appreciation for nature.

Kristen Watts has been a print journalist for nearly 25 years. She has two children, Ty aged 20 and Eva aged 16. Something Magical Fantastical was born out of a desire to help kids believe in their dreams and to appreciate the treasures of the earth.

“When my son was younger, an educator told him he didn’t have what it takes to become an architect and suggested he should try landscaping instead. The damage was catastrophic,” she said.

“Kids, boys in particular, need to have a dream. Having an interest or a vague idea about the dreams they want to pursue is vital and any tiny spark needs to be encouraged, not snuffed out. I want kids to know that absolutely anything can happen if they just hold out hope. Yes, they need grit and determination too, but building resilience starts with a foundation of feeling safe and positive and hope is essential to life.

“I hope this book and experience brings sparkle and magic to some little lives, creating it has definitely been a magical fantastical experience for me.” 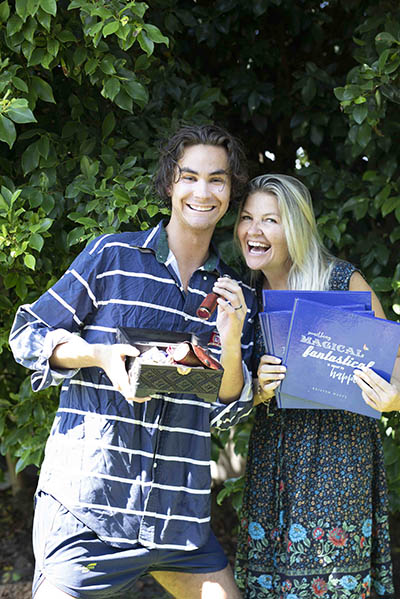 Order this great gift for Christmas!

Use the code BELIEVE to get $50 off deluxe boxes.

Shipping to Eastern States in time for Christmas closes December 18, 2019.