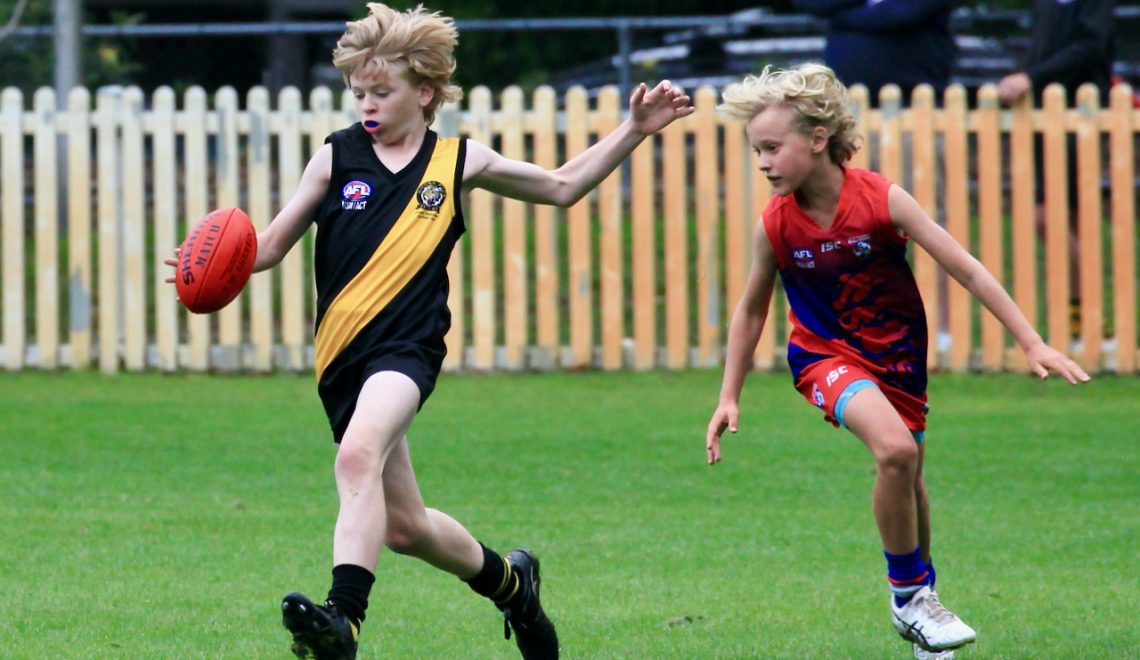 History was made last Friday night when Lance “Buddy” Franklin became just the sixth man in history to kick 1000 career AFL goals. It’s a feat that many believe will never happen again with the modern game not built for powerhouse forwards.

Those at the SCG who were lucky enough to witness the iconic milestone no doubt walked away inspired by the moment. The impact of that night on the next generation of footballers can’t be understated – who knows how many kids went to sleep dreaming of doing the same.

Of course, just a stone’s throw away from that bustling stadium lies Bat and Ball Oval, home to the next generation of stars. 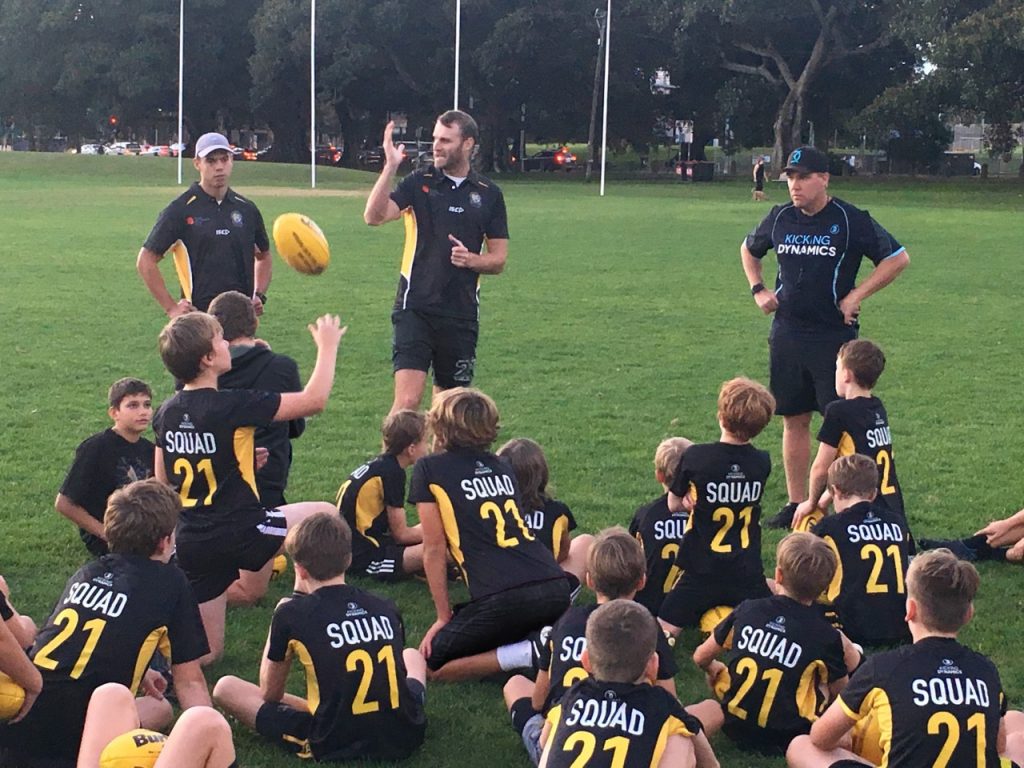 Moore Park Tigers Junior Australian Football Club – now in its 14th year – has always been a proud part of the eastern suburbs community.

From humble beginnings the club has grown to offer something for everyone, regardless of age, sex or ability.

Now, more than ever, the club is able to offer a springboard for the budding top-end footballers – the rare elite – who are eyeing off the big time.

A unique program was introduced last season to fast-track and develop advanced players across various age groups – over and above standard training and games.

The Tiger Talent Program, led by Kicking Dynamics founder and former Sydney Swan Tim Schmidt, was the first of its kind in the area and returns for season 2022. Schmidt built the program to ensure participants had the opportunity to not only hone their fundamental skills but also gain confidence in other areas – including pressure, game sense and match play.

“We have set the right processes, structure and coaching practices in place to ensure Moore Park provides competitive teams across all divisions in the years to come,” Schmidt said.

“The Tiger Talent Program (TTP) has been specifically developed for kids who aspire to be at the top of their game – being Division 1 or Swans Academy standard.”

The TTP was initially offered to boys and girls in the 10 to 13 age groups, however given the popularity – this may expand in seasons to come. 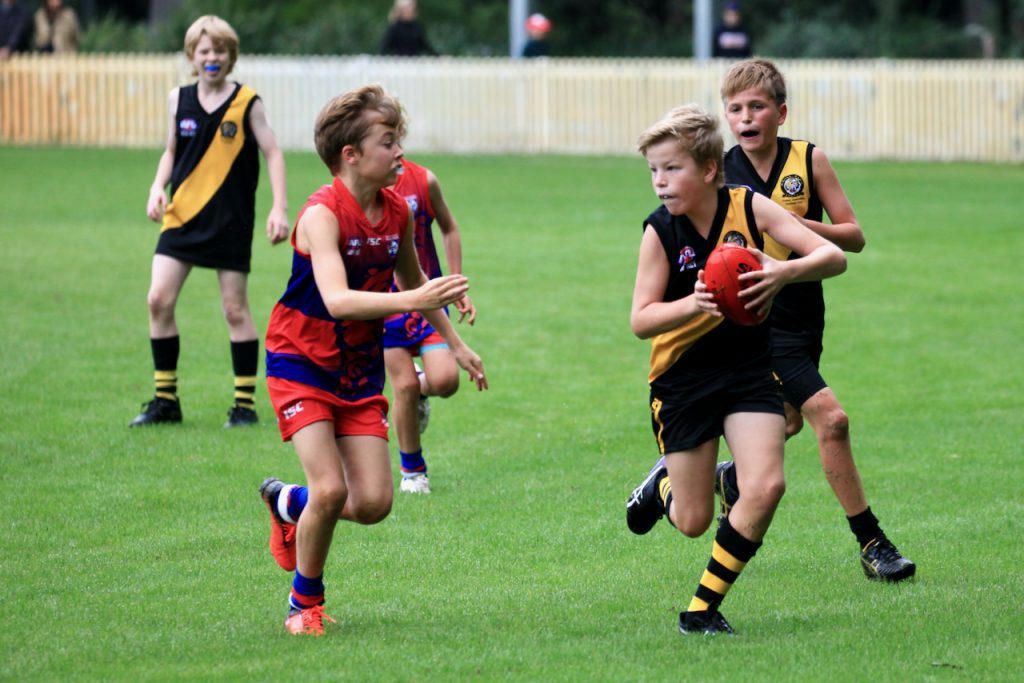 Moore Park Tigers President Michael Luvio said this pathway program could not only unearth but also develop future stars of the game:

“It’s such an exciting time at the Tigers with many initiatives like this rolling out to cater for top-end talent,” he said

“We’ve always had a strong culture of fun and community – but now we also have an edge to our club that is driving elite performance and success.”

Much like Buddy’s milestone, the long-term impact of this program remains to be seen but there is an air of optimism in the community that a home-grown footballer could one day make the leap from Bat and Ball Oval to the SCG.

It’s a short walk in terms of distance, but it would be a hell of a leap and something we’re all striving towards.

Who knows, they might even see a Moore Park Tiger TTP graduate become number seven to reach the magic 1000 mark. Here’s hoping.

For more information or to register, visit: http://www.mooreparktigers.com.au 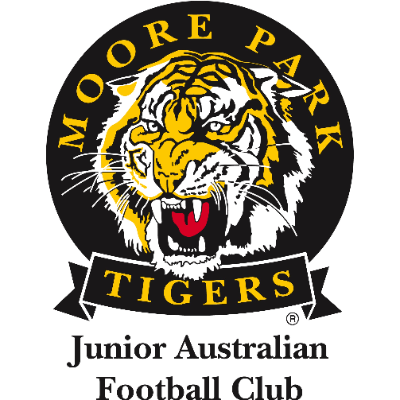