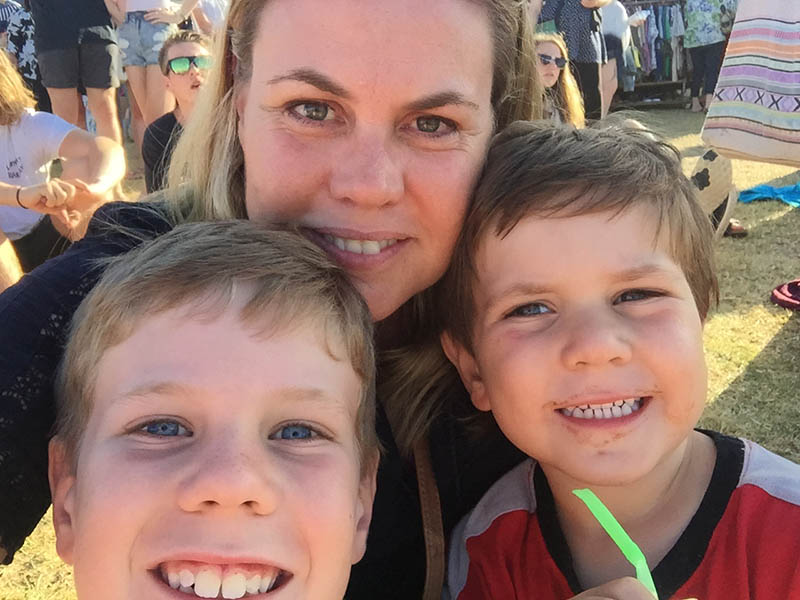 Concerned about public education in the eastern suburbs? Feel there are no options other than private schools to send your kids too?

We chatted with local mum and one of the active parents Licia Heath who with the support of other local eastern suburbs parents is trying lobby for change so that there is availability and assurance of good public schools made available to all.

What does CLOSE stand for, what is the groups objectives?

CLOSE stands for ‘Community for Local Options for Secondary Education’ and our main objective is to ensure we have enough public high school sites to accommodate the increasing number of school aged kids coming through the system in Inner Sydney and the Eastern Suburbs.

What motivated you to start this?

CLOSE was established in 2011 by concerned parents in the inner-east primary schools (around Darlinghurst). They realised that their kids were catchmented to Balmain HS thanks to the closure of other high schools in the area and the increase in selective streams of existing high schools. CLOSE allowed parents to come together and apply pressure on the government which contributed to the announcement four years later of a new Inner city high school in Cleveland St (due to open in 2020). In 2016, we turned our attention to the Eastern suburbs as the same pattern was emerging – too many kids, not enough high school places – and CLOSEast was born.

What is the current situation regarding public schools in the Eastern Suburbs?

The situation is quite dire. Public primary schools throughout the Eastern suburbs are at, or close to, capacity. Some are considerably over capacity and have had to implement drastic measures to accommodate all the kids in their catchment – from putting portable classrooms on their limited outdoor space, initiating staggered lunchtimes due to playground over-crowding or introducing staggered drop-off/pick-up times to relieve traffic congestion. The government has somewhat responded, by providing funding for three of the primary schools to increase their size. Yet, one question has remained unanswered throughout: where do all these kids go when it’s time for high school?

What does CLOSE believe needs to happen, what is your strategy?

Our ultimate goal is for a new public high school to be built in the Eastern suburbs. Even with many kids moving into the private school system, the data shows that the sheer number of kids coming through can’t be absorbed by the existing high schools. In the East, we’ve had the combined pressures of 1.Primary and high schools being closed and sold by successive State governments since the early 1990’s,

2. New residential projects increasing the density of the eastern populations

5. Existing local secondary schools running ‘out-of-catchment’ selective programmes, rather than ‘in-catchment’ selective programmes. Our strategy is to bring together all those concerned parents in the East (aka voters and tax payers) and apply pressure on the government, demanding they begin planning now for the inevitable problem of a lack of public secondary school places in the East.

What can local parents do given they are time poor and not sure they can make a difference – what will contribute to effective action and change?

We can make a difference together! Parents can like our Facebook page https://www.facebook.com/CLOSECommunity/ and see what we’re up to.

We recently listed a “Time for Action” statement to show how you can effect change. Things that help range from writing to your local MP about your concerns or writing to the NSW Education Minister. Or maybe you can be the point person for CLOSEast in your local primary school and assist in collecting signatures when we run a targeted petition. Even just spreading the word about our efforts and objectives is one of the most powerful things you can do at the moment.

We’re all time poor, but there is so much we can achieve if we work together – the announcement of the inner city high school is the perfect proof statement of what can be done!

What engagement have you had with local and state governments?

Since 2011, CLOSE has met with most tiers of government, from the NSW Minister of Education to local Councillors. More recently, CLOSEast has met with our local state MPs, written to the new NSW Minister of Education and also met with the District Commissioner for the Greater Sydney Commission. In each meeting we have clear objectives – the more decision makers that hear our case and understand how many supporters we have, the more likely we are to achieve our goals. Our efforts will ramp up significantly as we move into the next State election phase.

What are next steps?

Our next steps are to make our efforts known and increase our support from parents in the East. There’s currently only a few of us doing the work and we need help – to secure another high school is to make a concerted effort as a community. We’ve been presenting at the local school P&C meetings and having community forums as well.

Our next one is scheduled for 7pm on Wed 29th March 2017 at the Charing Cross Hotel. Please come and join us! 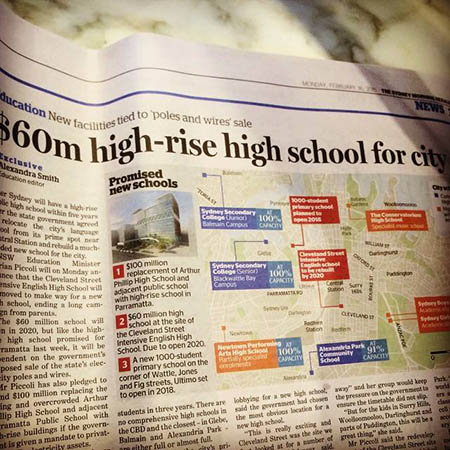