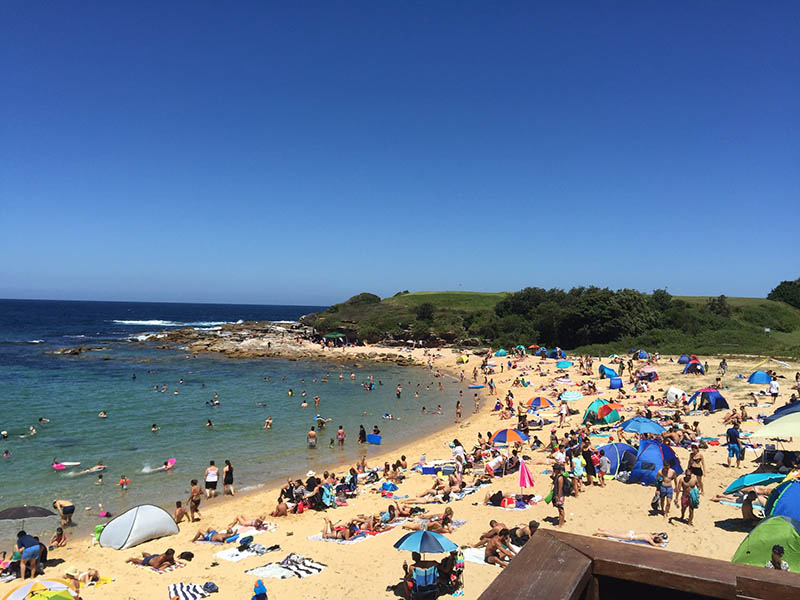 This sleepy little suburb is 14km south east of Sydney and quickly becoming more popular with young families and retirees.

Little Bay was initially established as a “tent city” to isolate patients suffering from the highly infectious small pox disease which broke out in Sydney in 1881-82. Later the government decided to build a permanent hospital on the site to isolate and treat infectious diseases. This Coastal hospital became invaluable during the bubonic plague, and later when the troops returned with influenza from WWI and WWII. It was isolated from the healthy settlements and still close enough to Sydney and in 1934 the hospital became known as Prince Henry Hospital.

In 2001 the hospital was relocated and the site became available for residential use and Prince Henry’s and Little Bay is now a chic coastal village. There has been a constant release of new homes and apartment blocks encapsulating the heritage of the area and bringing with it all the modern amenities needed for a successful and thriving community like a retail village, public transport and parklands. Never the past to be forgotten, a museum has been opened in the old hospital and it is said to be haunted with the ghost of Sister Grace Andrews – go on the twilight tour and see if she turns up!

As part of the local Randwick council Little Bay is the only master planned development in the eastern suburbs. The next phase of the development plan is the adjoining Little Bay Cove site.

The beach is protected from large coastal swells so it’s great for snorkelling and paddling.The parking is free – how unusual for an Eastern Suburbs beach! Dogs are allowed on the beach and access to the area is via a steep timber staircase so it’s pretty much a hidden jewel. The natural rock pool is a perfect location for a calm swim with toddlers.  There is also a great playground at Coast Hospital Memorial Park that featured in our article about Best Playgrounds with views in Sydney’s east

As of February 2016, the median house price for the suburb was $1,550,000 and seen a 23.4 per cent increase. The average rental yield is 6%. The area attracts
occupiers and investors of varying ages who are moving from nearby Mascot and Botany as well as inner western suburbs such as Dulwich Hill, Erskineville and Summer Hill. Little Bay offers value for money that cannot be found anywhere else along the eastern suburbs coastline and it is just a hop skip and jump from these pricier areas.

Little Bay might be an evolving community but it has established schools nearby including La Parouse, Malabar and Chifley Public schools, Matraville Sports High and St Andrews Catholic Primary School.

The Little Bay landscape has come a long way since its time as a quarantine hospital and housing commission estates. The urban landscape has completely evolved into architecturally designed residences that are surrounded by green space and enjoy coastal and ocean views all within easy reach of the city.

If you have a spare couple of hours we highly suggest taking an afternoon drive down to Little Bay and we are sure you will be delighted.