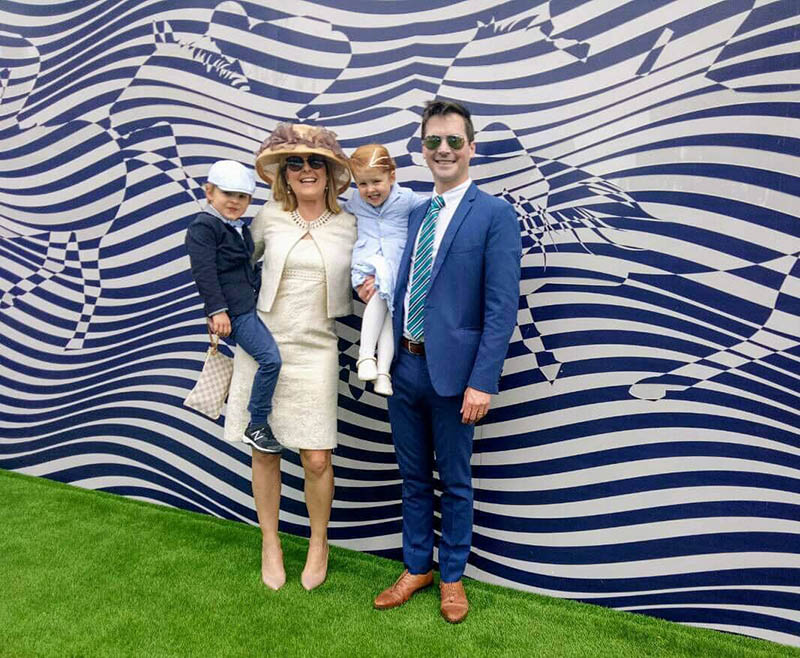 I grew up in the Eastern Suburbs mainly in Watsons Bay and Woollahra, but also in Paddington and Randwick. I left Sydney aged 18, and after my studies in Canberra and Paris, moved to Brussels, which I called home for 8 years.

I returned to the Eastern Suburbs from Europe 3 years ago, after living away for 12 years. Since moving back, we have lived in Woollahra and Bondi Junction, and although we have had to compromise on property size, everything else about moving back has been a gain, especially the beach and harbour lifestyle and climate.

I have two children, 5 year old Louis, and 3.5 year old Olivia. They were both born in Brussels, and are bilingual (French and English), Belgian-Australian citizens. 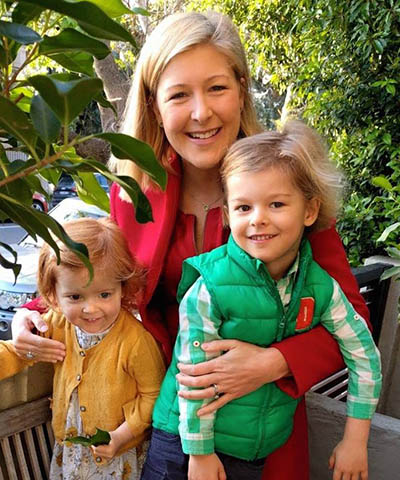 My children love St James Reserve, which is a small playground and park tucked away in West Bondi Junction, a block back from Centennial Park behind the bus depot. We are also eagerly awaiting the opening of the Ian Potter Wild Play Garden in Centennial Park, which has been designed to give children the opportunity to reconnect with nature.

Bronte is a great all-rounder beach, with great surf, the playground for little adventurers, the park which is perfect for picnics, glistening ocean pool, and Bogey Hole, the rock pool for children. It has a friendly community feel with lots of locals, and a good choice of cafes, and has remained somewhat off the tourist and backpacker trail.

The Shed in Queens Park, the Homestead in Centennial Park, or Coogee Pavilion would be the most obvious choices. We also enjoy getting takeaway coffee and cake from either AboutLife or the Cook and Baker, and heading to Centennial Park for a mini picnic. Four Frogs cafe at the Spot, in Randwick, is also a favourite for lunch and dinner if you’re craving sweet or savoury French crepes and cider.

As I work in Paddington, my favourite coffee spots have become Infinity and Ampersand on Oxford Street, and further up the road in Bondi Junction, the Cook and Baker is unbeatable.

We are fortunate to have my parents living locally, and they do a lot of babysitting for us. We enjoy evenings out at the Centennial, Bistro Moncur, and Chiswick. For special occasions, we love Regatta.

A trip to Murray Rose pool (Redleaf), or Neilson Park with a picnic. We also love to explore Centennial Park, riding around and discovering all the hidden parts, as well as the playgrounds and bike track.

About Life is where you can usually find me if I’ve gone shopping. We love having a mini supermarket in our neighbourhood which sells a good range of organic and chemical free food.

My children love the Australian Museum on a rainy day, and are also big fans of the local indoor play centres, such as Little Dynamos and Monkey Mania. Every couple of months we also make a trip out west to the Olympic Aquatic Centre at Homebush, as the children’s play area is incredibly fun for little ones.

Describe an ideal day in Sydney’s eastern suburbs for you?

Breakfast with my family, followed by a lazy morning at one of our beautiful local surf beaches. Factor in some exercise with the Bondi to Bronte walk, or a ride around Centennial Park. Lunch with a view of either the harbour or the ocean, followed by an afternoon stroll in the Botanical Gardens, drinks at Opera Bar, and then a cultural event in the evening (outdoor cinema, theatre, festival).

I love the beach at Little Bay, which is hidden away and feels so far from the hustle and bustle of the city. I would love to explore more of the La Perouse area.

I currently work full time, but have also been a SAHM. During my second maternity leave, my husband and I decided we would move our family from Brussels to Sydney, and so much of my 3 years as a SAHM centred around packing up our life in Belgium, preparing for the move and getting settled into life in the Eastern Suburbs as a mother of two.

While I was a SAHM, I stayed active with professional pursuits, as a Director on the Board of the Australian Breastfeeding Association, and the International French School of Sydney. I also involved myself in my local community, particularly as an active member of the Bondi Junction and Randwick Australian Breastfeeding Association groups, and the Sydney Babywearers sling meets in the Eastern Suburbs.

In order to find my tribe of local, like-minded parents, I began running the Eastern Suburbs Attachment Parenting group as I eased back into Sydney life as a mother. The group I run promotes and supports natural term breastfeeding, babywearing and cosleeping, as well as peaceful, gentle, responsive, respectful parenting practices. I have made a wonderful circle of friends , and am delighted that the group has been a source of information, evidence-based practices, and empathetic support for so many locals who parent instinctively.

The hardest part about returning to work was that I had never worked in Sydney before, and found it difficult to relate my professional experience abroad to the local job market. In Brussels, I had worked at the UK Representation to the European Union on justice, security and immigration policy. Here in Sydney, I first took up a role with the NSW Department of Justice, where I was a Senior Manager in Victims Services, managing a large team providing trauma informed services and writing therapeutic legal decisions on compensation claims for victims of violent crime. It was a challenging but insightful and fulfilling experience.

Since July, I have been working for the Department of Defence as the Deputy Director, Military Law Centre, and Associate Director, Asia Pacific Centre for Military Law. I am enjoying the excitement and challenge of this new role, and new career direction. I am particularly passionate about women in leadership roles, and am an advocate for gender equity, diversity and inclusion in the workplace.

I encourage and support all mothers to follow their instinctive desire to be close to their babies, to be in tune with their children, and in sync with their natural rhythm. Breastfeeding on cue, sleeping close to your little one, soothing on demand, always picking up a crying baby, wearing baby in a sling, carrier or wrap, providing reassurance and comfort around the clock, and communicating with your baby from the very beginning, will establish a secure attachment. Looking at the clock, withholding feeds, comparing your baby to others, and trying to follow strict parent-imposed routines will prove stressful for both you and your little one.

As babies grow into toddlers, their natural curiosity should be celebrated and given every opportunity to flourish. Limit testing is normal and desirable, and there are many peaceful and gentle ways to establish clear and firm boundaries without resorting to punishment, isolation, shame or guilt.

Empathy is the most powerful tool in your parenting toolkit. Meeting a sad, disappointed, upset, angry or frustrated child with an empathetic response is a long-term investment in their ability to regulate their own emotions, show empathy for others, and become a kind, caring and independent person. Fostering a secure attachment in our children is their key to success in life, and sets them up for a positive future of independence, confidence, good relationships and optimal mental well-being 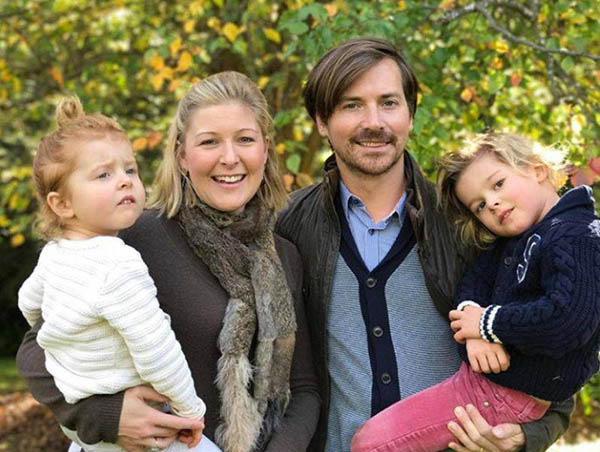